On the Future of US Manned Space Program

The anniversary of the Apollo 11 moon landing got me thinking about why public support for NASA has ebbed. The reason is simple: Earth orbit is not a new place to be explored, so it no longer inspires enthusiasm.

Operations there are necessary, of course, but they are not exploration. They are utilization, which is not glamorous.

To recapture the public's imagination and support, NASA must send both robots and men to new places. The broad support for the Mars rovers and landers is clear evidence of this effect.

Even returning to the moon may not capture the public imagination, because we have already been there. Without something new and grand, such as a real colony, going back to the moon is utilization, same as Earth orbit.

Exploration is "out there somewhere new". Destinations that capture the imagination are Mars, the moons of Jupiter and Saturn, and the asteroids and comets. To inspire, that is where we must go, with robots and with men.

That will require far better rockets than we have ever built, a way to shield against bursts of lethal solar radiation, and some sort of artificial gravity to stave off the permanent bone loss that occurs after about a year in weightlessness.

It would also be helpful if there were some less expensive way to reach the jumping-off point: Earth orbit. That means we need a real "space plane" of some kind.

Key requirements are very high thrust to weight ratio at very high specific impulse (efficiency). Our ion and plasma jet engines have the efficiency, but not the thrust-to-weight. Flying with them is still way too slow, excepting perhaps something called VASIMR.

Long ago, we learned from Project Rover that the nuclear stuff is too dangerous to test here on Earth. We learned this from testing actual nuclear rocket engines in Nevada between 1959 and 1972, although few today remember it.

Project Rover was killed when President Nixon killed Apollo in the middle of 12 planned missions. By extension, he also killed the planned 1980's Mars landing. Without a Mars mission, Rover was "not needed."

The tale is even more sordid for old Project Orion, which was funded by USAF, not NASA. That concept was even more powerful than the nuclear rockets of Project Rover. Its original design mission was a 3-year voyage to Saturn and back, in a spacious and comfortable vehicle similar in size and construction to a small ocean liner!

When the USAF space program was dismantled and given to NASA, they saw Orion as a competitor to Rover, not as a complement. So it died for lack of funding.

Yet these concepts could still be used today. They are just forgotten.

A Real Reason to Return to the Moon

The airless, waterless, uninhabited moon hangs within our reach, with the rockets that we already have. I cannot think of a better reason to return to the moon than to put a nuclear propulsion development station there.
It is a stable, safe place to "play" with dangerous stuff. It is almost as if God put it there for us, precisely for that purpose. You cannot develop new rockets hanging around weightless in space, where every test is a flight test.

We could use the new NASA Ares rockets, or something from the commercial side like Spacex's Falcon-9, or even the existing heavy launchers like Delta, to get to the moon. But it will be the nuclear stuff built on the moon that gets robots and men to Mars and other places very fast.

Men will require a suitable habitat in which to live during these voyages. A cramped capsule simply will not do. Something like the old Skylab or Mir space stations, coupled to the fast nuclear propulsion, is a more realistic approach.

There must be room inside for artificial gravity by centrifuge, or else the entire vessel must spin. That spinning piece sets the size of the ship. The two critical questions are: how fast a spin can we tolerate, and how much artificial gravity is enough?

Nothing we have ever done, including the ISS space station, answers that second question. Maybe that's an experimental item we should add to the ISS.

The exploration ship must also offer protection from solar radiation storms. A thin sheet-aluminum shell will not do. At least a part of the ship must be constructed of heavier stuff, like steel plate, which is quite heavy. (That's another reason for developing very powerful propulsion.)

Any future space plane project, for access to Earth orbit, should heed lessons-learned: no parallel stacks, no political footballs for budgets, and no dependence solely on rocket propulsion (like the 1990's X-33). I suggest parallel-burn rocket with plain ramjet during a fast ascent, not the re-entry-in-reverse usually assumed for scramjets like 1980's X-30.

Further, to be cheap, it has to be reusable the way an airliner is reusable. That requires a very structurally robust vehicle, leaving less room for fuel.

It will probably be a "two-stage airplane", with a rocket-and-ramjet propulsion rig on the orbiter stage. The space plane designers need to talk to the missile people about compact combined rocket-ramjet technologies. That never happened in all the previous projects, including the retiring space shuttle.

Destinations and Reasons to Go There

Going to the moon is not exploration, but utilization. However, it must be first on the list, so that the immensely powerful propulsion we need can be safely developed.
As for human exploration destinations, perhaps the nearby Earth-crossing asteroids should be next. We actually have a need to go there: learning how to deflect the ones that threaten to hit us. We really need to find out in detail what they are made of, and how they are put together, to accomplish that goal successfully.

Next is Mars, of course. It has captured people's imaginations for centuries, and will continue to do so until people have explored it fairly thoroughly. That effort should morph directly into a utilization colony, without the decades-long interruption we saw on the moon.

Then, the moons of Jupiter and Saturn. After that, who knows?
Posted by Gary Johnson at 10:36 AM No comments: 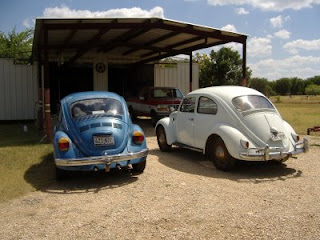 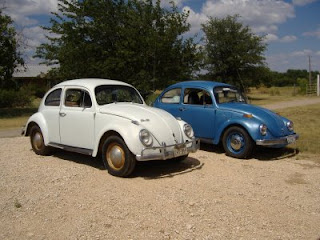 The only other one left to return to an operable state is the 1969 VW camper bus (not pictured here).
Posted by Gary Johnson at 10:21 PM No comments: