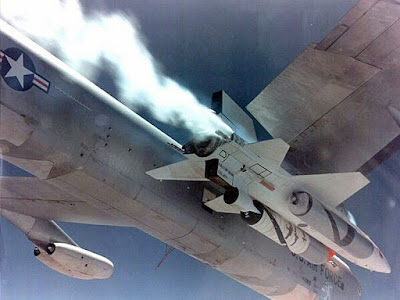 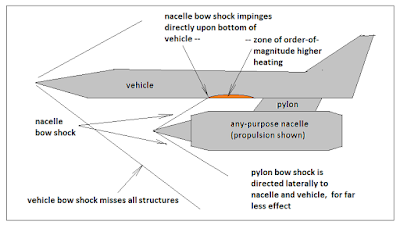 Typical staging in a launch vehicle takes place nearer Mach 2 or 3,  at nearer 200,000 feet than 100,000 feet.  Both the lower speed (reduced recovery temperature) and the thinner air (lower film coefficient) reduce heating,  even shock impingement heating.  That's how launch vehicles get away with parallel-nacelle-mounted side boosters,  and aluminum alloy tank construction.
Posted by Gary Johnson at 12:18 PM 6 comments: