This one is presented without comment.  It needs none. 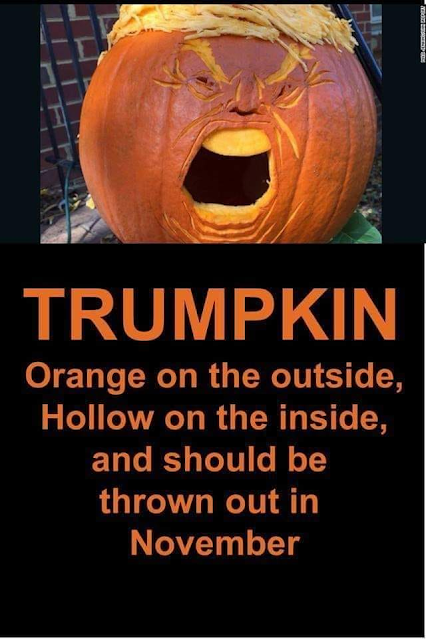 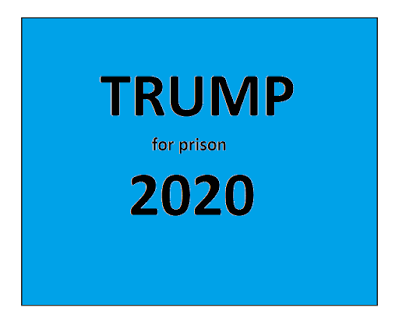 On the Beirut Explosion

The devastation in Beirut was caused by an ammonium nitrate explosion,  similar to that which devastated West,  but very much larger.  This is a material that is both dangerous,  and very necessary.  So,  it is important to understand it well.

Ammonium nitrate as small particles is something you have all seen as 100-0-0 fertilizer.  The other fertilizers will not explode,  but this one can.  Surprisingly,  it is hard to get the explosion,  except under a physical confining pressure,  although it is shock-sensitive.  Otherwise it decomposes "peacefully" during a fire event,  just making the fire much hotter and more vigorous,  because it is an oxidizer.

There was enough ammonium nitrate in the warehouse in West to have utterly destroyed the entire city.  Most of it burned "peacefully" away during the fire,  until the building collapsed onto the decomposing fertilizer.  The weight of the building debris provided the confinement necessary for the explosion to happen.  And it did,  almost instantaneously.

There were only about 20 to 30 tons of un-decomposed fertilizer that exploded in West,  out of the possible 200-something tons that the site was permitted for.  It could have been a lot worse!  See Figure 1 for an aerial view of the site taken shortly after the fires were put out. 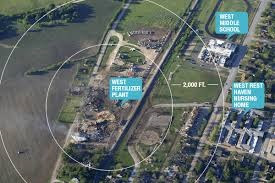 At the old Rocketdyne plant in McGregor,  waste ammonium nitrate from propellant-making, was disposed-of by burning.  It was bulldozed out on the burn pad not to exceed 4 feet in depth,  and topped with a thin layer of scrap wood as fuel for the fire.  No explosions ever happened,  because the weight of the wood,  and the shallow depth of ammonium nitrate,  prevented the bottom layers of the fertilizer from ever feeling enough confining weight to explode.

The fire codes require that bagged ammonium nitrate fertilizer not be stacked any higher than 6 feet.  That is to prevent the bottom of the pile from feeling enough confinement to explode,  in a fire event. According to the fire codes,  you are supposed to fire-sprinkle facilities like that,  to prevent the building from collapsing as it burns,  by stopping the fire in its tracks long enough for the fire department to put it out safely.

The building in West was not fire-sprinkled,  with the catastrophic results that we all saw.  Those fire codes have to be mandated by local or state authorities before they can be enforced.  That was (and still is) just not the case in Texas,  McLennan county,  or many Texas cities,  despite the recommendations to do so by the State Fire Marshal.  Remember that when you vote!

In Beirut,  back in 2013,  a Russian ship entered the harbor,  and its cargo of ammonium nitrate was confiscated and stored in a harbor warehouse.  The tonnages carried by ships are large,  and this particular cargo of ammonium nitrate is widely said to have been 2750 tons.  I don't know whether that is US tons or metric tons,  but it really doesn't matter;  the two are only about 10% different.  The point here is "thousands of tons".

Nobody has said anything yet about how those tons of ammonium nitrate were stored in that Beirut harbor warehouse.  It was just "forgotten-to-death" there,  since 2013. But the smart money is on the notion that it was stacked up many times higher than the 6 feet maximum specified by our US fire codes.  What that means is that an awful lot of those thousands of tons,  probably much more than half of them,  felt the weight of the overlying material as a confining pressure sufficient to risk explosion!

Then there was a fire and explosion in an adjacent warehouse,  setting off some fireworks.  We have all seen the video footage.  That fire spread to the building where the ammonium nitrate was piled up,  starting its decomposition,  seen as the column of reddish smoke (see Figure 2).

Once that reaction reached the lower levels of the pile,  where the confining pressure was high,  the whole bottom of the thousands-of-tons-pile exploded all at once,  with a white condensation cloud demarking where the shock wave has passed,  with the blast effects we have seen on TV.  See Figure 3 for an aerial view of the devastation in Beirut.  Bear in mind the devastated area extends more than a mile from the crater. 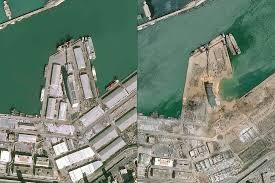 Figure 3 – Aerial View of Beirut Before and After 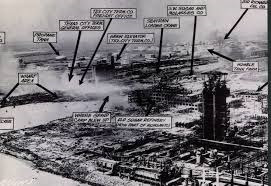 Now this stuff is a very necessary material.  It is the feedstock for the other fertilizer grades,  among other things.  It also makes a very safe-to-handle blasting agent for quarries and mines.  It just has two vulnerabilities in agricultural warehouse facilities that we have failed to address:  avoid the confinement,  and stop the fire to stop the building collapse.  Such buildings really do need to be fire-sprinkled,  and periodically inspected for compliance.

This isn't about politics,  it's just plain old common sense.  So get on with it,  state politicians!  And if they won’t (and they haven’t so far),  then you need to use your vote to correct their misdeeds.

Posted by Gary Johnson at 12:50 PM No comments: