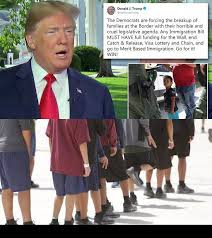 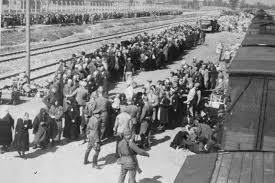 Yet Still Another School Shooting

The following is a column I wrote for the Waco paper,  which they chose not to use.  I wrote it in the days immediately following the school shooting in Santa Fe,  Texas.  I,  too,  am tired of seeing our schools shot up.  Here is the real,  time-proven solution to that problem,  and more such venues besides. It's not what you think.  Unless you have read some unvarnished American history.

The mass shooting problem has been hyped and politicized into a pro-gun/anti-gun debate.  That does not address the problem.  It’s past time to point out that we need to recognize exactly what the problem really is!

Just about every single mass shooting for the last several years has been some public venue that was a sitting-duck target.  Sitting-duck targets are the real issue,  and what we should do to change that,  is the problem at hand.

The guns are already out there in the society.  It is far,  far too late to try banning guns,  which would require major changes to the Constitution.  Fat chance of that!  But,  if you did ban guns,  all you would accomplish is making the entire country a sitting-duck target.

Here is why the entire country becomes a sitting-duck target:  the guns already out there would tend to fall into the hands of criminals and terrorists,  and then get sold black-market to crazies.  Nothing really changes except the rate of such mass shootings vastly increases.  You made it worse with your gun ban.

This last incident in the Santa Fe,  Texas,  school,  wasn't even an "assault weapon" thing.  He had a simple shotgun and a simple revolver.  Didn’t make much difference,  did it?  So,  what then is the real point of an “assault weapons” ban?  Or a clip size limit?

The main gun control idea that I see as making any significant difference would be to revise the process of keeping guns out of the hands of crazies,  with some sort of “red flag” alert process.  But that doesn’t address terrorism,  which is on the rise.

The only other useful one would be to outlaw bump stocks and trigger cranks,  which violate the spirit of the machine gun ban,  which really has worked.

A Pertinent Lesson From American History

Now,  what's forgotten here is a lesson from the 19th century gun-free American frontier towns that actually worked,  and quite well.  There are actually very good reasons to have gun-free zones,  and in a variety of venues,  not just schools.  (But that’s another topic.)

What is totally forgotten today:  once you declare a gun-free zone,  you are obligated to defend it,  in order to prevent the sitting-duck target effect.   That really is the fundamental problem we as a nation so perversely refuse to face today.

The Santa Fe school apparently had one (and only one) campus cop who actually confronted the shooter in a timely fashion.  That cop was armed,  mostly likely only with a revolver.  The shooter got him before he could take out the shooter.  Which is proof that,  in this case,  the school’s defense was inadequate.

One cop,  if taken out,  leaves no defense.  The 19th century town sheriffs and town marshals always had a significant number of deputies.  Nobody went alone to quell problems.  It worked then,  why not now?

News reports indicate the school officials thought they were adequately hardened against shooter attack,  because they employed two armed guards.  But,  so very clearly,  only one of those guards made it to the initial confrontation,  and he got taken out before he do anything to stop the shooter early.

You simply need more guards than shooters,  and your guards also need to outgun the shooters.  Period!  But there are also a couple more well-proven nuances to this prescription.

One critical 19th century rule-of-thumb was “60 seconds max” to the scene of the problem.  That limits casualties,  and well-proven it was,  too.  No police department today could possibly respond that fast!

The other facet of the 19th century solution was using real peace officers actually accountable to the people,  not just hiring some outlaw gunman for protection.  Any gun-free zone guard will inevitably serve in the capacity of a peace officer.  There is no way around that.

The hardest part of applying that today is the 60 second rule-of-thumb to limit casualties.  Most places no longer resemble small frontier towns only 2 to 4 city blocks in size.  Adapting to the 21st century,  it means if your gun-free venue is large,  you need more than one guardhouse.

That inevitably costs more than it did in the 19th century,  but here is where my acid test for ethics in public officials comes to the fore:  what does your official value more?  Money?  Or lives?  Look at what is done,  not what is said.  Talk is cheap.

The mistake I see so often made today is the concept of arming teachers,  and counting on them to be your defense.  That teachers already have way too much to do is beside the point here,  that’s another article at some other time.

Armed teachers will only have some sort of handgun.  They will not generally outgun the shooters,  even if they do outnumber the shooters.  This fails the prescription outlined above,  so it probably won’t work well enough most of the time.  In the long run,  it just gets more people killed.

So,  just do it right!  You need multiple well-armed guards,  trained to be real peace officers,  as they will inevitably be called upon to serve that role.  You need them located in enough places so that two or more can respond anywhere in the venue within a minute.   Make sure they have better guns than any of the shooters we have seen.

Why does everyone make this so hard,  when it really is so stinking easy?  JUST LEARN FROM HISTORY !!!  Don't politicize this,  just do it!