Depending upon where you look on the internet,  this NASA photo has created quite a stir.  It was taken by the latest Curiosity rover on Mars.  The object in photo center looks very much like a thigh bone,  based on our Earthly experiences with human and animal skeletons.

NASA say this is just an oddly-shaped eroded rock.  Maybe so.  But,  it is a striking-enough image to warrant further investigation.  Such investigation is certainly something that Curiosity can do.  So,  it should be done.   You all should contact NASA and demand that it be done.  It’s your tax dollars.

If I was present on-site,  I would look at sampling that “thighbone” to confirm or deny exactly what it is made of.  And,  I would scratch around in that dirt looking for more such weirdly-shaped artifacts.  In the interests of science,  such an effort is certainly with the effort.

For one thing,  the dark holes evident in the photo suggest that there are subsurface cavities under the rocks whose outlines we can see in the dirt.  Cavities?  Really?  How did they get there?  Those are awfully good questions!  They deserve answers. 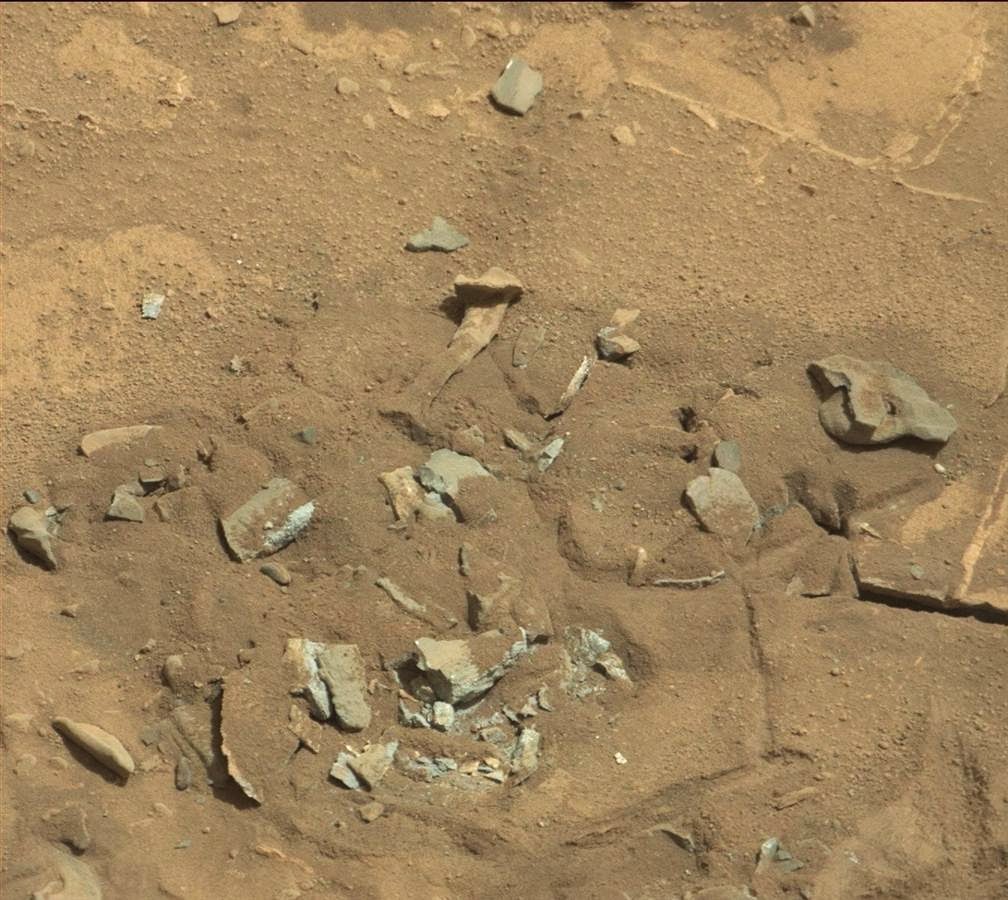 This same article and picture appeared as a letter-to-the-editor in the Waco "Tribune-Herald" Saturday 9-6-14.

As best I can tell from the news releases,  Curiosity did not stop and poke around at this site.  The press releases say it has arrived at Mount Sharp,  its intended target.  Too bad,  this was a very interesting site.

This one is even weirder-looking.  Odd shape lower left corner looks like a dinosaur skull!  Curiosity took this back in June 2013,  and it's only now creating a stir.  Again,  this is most likely just an oddly-shaped stone with debris in its cracks.  But it certainly does attract our attention.

Posted by Gary Johnson at 4:02 PM No comments: