So,  Spacex’s SN-8 “Starship” prototype exploded at landing.  The news reports seem to be focusing on that explosion,  which was not at all unexpected,  even by Spacex,  based on their remarks before this test.  I suggest that we look instead at what they accomplished on this test,  before we render any judgement.

The flight was supposed to demonstrate controlled 3 engine-or-fewer flight to an altitude.  Few outfits have ever actually done that.  Intentionally or not,  Spacex’s SN-8 did that rather well,  shutting down to 2,  then 1,  engines on the way up!  See Figure 1 for the launch,  and Figure 2 for the ascent.  All figures are at the end of this article.

Note that all three engines are required for launch,  and only a fraction of the intended full propellant load (some 1200 metric tons) can be loaded.  Each sea level Raptor engine is rated for a max thrust force of 2 MN,  meaning total liftoff thrust is 6 MN.  Assuming an unloaded dry-tanks mass is 120 metric tons,  there is zero payload,  and we have some 412 tons of propellant,  the total liftoff mass is some 532 metric tons,  for a weight force of about 5.2 MN.  That puts the liftoff thrust/weight at 1.15,  which is about the minimum for decent ascent kinematics.  At only 492 tons of propellant,  the vehicle just sits on the launch pad,  unable to rise at all,  because weight is greater than thrust.

If all 6 installed Raptors in the final flight design were sea level Raptors,  so that 6 engines could be run for liftoff,  then the max liftoff thrust would be 12 MN.    120 tons inert plus 100 tons payload plus 1200 tons propellant is 1420 metric tons liftoff mass,  for a weight of 13.9 MN.  It cannot liftoff because weight exceeds thrust.  At zero payload and full propellant,  the weight is still 12.9 MN,  exceeding thrust.  If you start off-loading propellant in order to take off,  then you won't have enough propellant to reach orbit.  Some commentators have referred to the possible use of Starship as a single stage to orbit vehicle,  but this is simply infeasible.

SN-8 did not have all the propellant tankage installed,  nor did it have anything to represent the cargo hold or manned spaces.  The fuel header tank was located in the nose of the empty shell to make the weight and balance work out.  But SN-8 was equipped with the right external shape and wings and canards.  That was a large part of the point of this flight test.

This SN-8 test flight was supposed to demonstrate aerodynamic control into a stable "belly-flop" descent with the tail wings and the canard fins.  It did exactly that!  No other outfit has ever done that!  None at all!  Did you notice the variable rake angle of the canards and wings during the descent?  That reflects active control,  real-time.  It was very successful. See Figure 3.

The flight was supposed to demonstrate engine relight and thrust vector control to achieve tail-first vertical attitude for landing.  It looks to me like they did it,  or at least mostly.  No other outfit has ever done that,  either!  I was a tad concerned by the off-vertical attitude angle in the terminal descent toward touchdown.  But all-in-all,  it looked like this goal was achieved.  See Figure 4.

The flight was supposed to demonstrate touchdown at essentially zero speed in a vertical attitude,  so that the landing legs would only be stressed within limits,  and that stress would be fairly evenly distributed among the legs.  This is where the test failed:  SN-8 was still moving on the order of 80 mph downward at impact,  and it was around 5-10 degrees off vertical.

Touchdown weight should have been under 130-140 metric tons,  so that 1 engine could balance vehicle weight at 60-65% thrust,  and two should handle it at 30-33% thrust,  they being advertised as throttleable between 20 and 100% of rated thrust.  Double those figures for a net one-gee deceleration to touchdown,  triple them for net two gees.  But,  they didn't get it slowed!

There is the Musk tweet saying the header tank pressure was low upon touchdown.  A loss of propellant tank pressure might explain low engine thrust capability,  in turn failing to control descent speed.  There is also the odd green flame color and smoky plume right before touchdown.  There is even perhaps a hint of excess plume smoke during the thrust vector out of the belly-flop.  Clearly something went wrong.

All-in-all,  I think the attitude angle error would have toppled and destroyed this particular test vehicle,  regardless of whether the velocity error was zero or not.  But the big nonzero velocity error simply guaranteed an explosion.

Of the two,  the attitude may actually be the more serious problem to resolve.  Although,  the early Falcon booster recovery failures were remarkable more for velocity error than attitude angle error.  Either way,  Spacex has a lot of work to do to resolve this.

Net score:  3 of 4 overall goals demonstrated successfully in the very first test of this type!  That is a 75% success!  I'd say that's really,  really good!  So,  I agree with Elon Musk congratulating his team,  despite the explosion on landing.

Remember,  this is very early in a test effort that is going to require lots of flights,  and which will likely produce some more spectacular explosions.

Such is the nature of rocket vehicle test flight work.  Take it from me,  I know.  Long ago,  I used to do this same sort of thing. 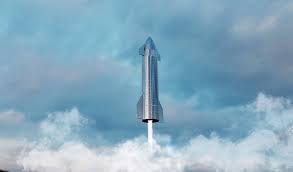 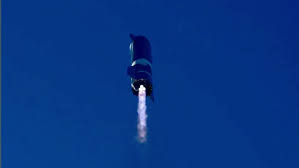 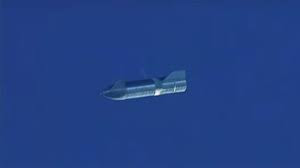 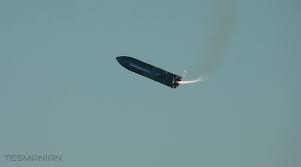 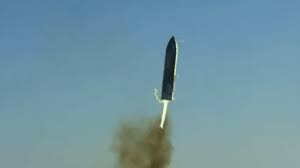 Figure 5 – Odd Flame and Plume Just Prior to Touchdown 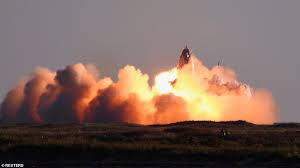