For the last several years, we at the Johnson household have put up one version or another of a Christmas display we like to call “White Trash Christmas”. This year’s version is depicted in this article.

The display comprises a serious decoration (the “iron Christmas tree”) plus a humorous decoration depicting Santa and his sleigh (that’s the “white trash” part).
The iron Christmas tree is a design constructed originally for the city of McGregor to use, and they did, for a while. It is a 12-foot conical tree-shape made of rebar, that folds up into a compact space for storage. You “maypole”-spiral wrap a triple string of lights onto it, for a beautiful effect at night.

The team pulling this sleigh is a bunch of cheap plastic lawn flamingoes, rigged with small lights inside (so they glow at night), and rigged with “antlers” made of pipe cleaners glued to their heads. The team comprises the eight reindeer names from the classic poem, plus Rudolph out front, and Bambi bringing up the rear. That’s 10 flamingoes total.

The photos tell the tale best. I took a bunch with a hand-held i-pad, from late afternoon light, to near-full dark, and managed to find 4 that are decent quality. 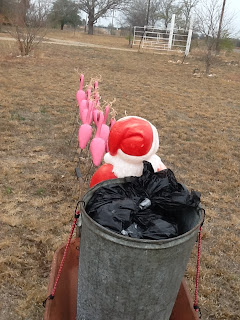 Figure 1 – Daylight Photo Showing the Whole Set-Up, From Behind 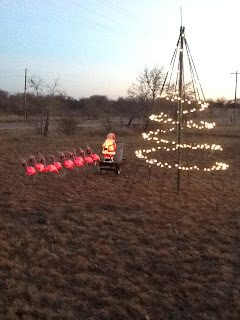 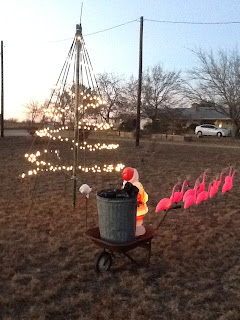 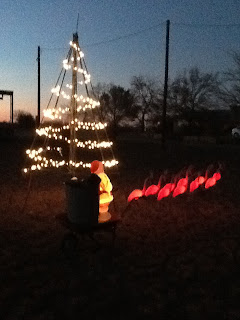