The conclusions of this article are now obsolete.  It has been superseded by “The Time Has Come to Deal With Iran and North Korea”,  dated 4-8-17,  with search keywords “current events”,  “Mideast threats”,  “North Korean rocket test”.

On the news yesterday, many outlets announced that North Korea successfully used its Unha-3 rocket to launch a satellite southward into a polar orbit. Results are unclear whether the satellite is functional, but most sources say that it was about 100 kilograms (220 pounds). Any satellite launcher can be loaded with a heavier payload and flown as a suborbital ballistic missile, although the detailed flight control is different. See also "Third North Korean Nuclear Test" dated 2-15-13 above.

This is their fifth launch and their first successful one. I first wrote on this topic 4-6-09, titled "Thoughts on the North Korean Rocket Test and Beyond". You'll have to navigate way down 3 years to find it. Not much has really changed except that the North Koreans are two significant steps closer to their goal of being able to threaten us with significant harm (a rocket and an atom bomb).

I looked at several sources on the internet regarding this rocket, and found a mass of contradictory and patently-wrong data. The most reliable things I found were the rocket’s launch mass (somewhere around 80,000 to 90,000 kilograms), and that it had three stages, the first two of which were storable liquid-propellant devices. The third stage is supposed to be a solid rocket.

So, I reverse-engineered this rocket as best I could, using first-generation rocket design parameters from our experiences half a century ago. I determined that it might launch perhaps as much as 180 kilograms (400 pounds) into orbit. This is a very rough estimate, but it does rule out 1000+ kilogram satellites.

Because the third stage is a solid, all trajectory shaping must be done by initial pitch-over angle, timing just how early to have the second-stage engine cut off, and timing the coast interval before third stage ignition. This must be true for both satellite launch and missile application, although quite different numbers apply.

To be used as a nuclear missile against us, it needs about a 10,000 km range to hit the US west coast, substantially longer to hit the interior. The warhead must fit geometrically atop the rocket, and cannot be too heavy. The warhead must have a reentry heat shield, and must be of a shape and weight distribution to be inherently stable during reentry. It needs a precision altitude fuze mechanism.

I believe that the kind of nuclear weapons these people have tested are similar in design approach and basic construction to the “Fat Man” plutonium weapon we used against Nagasaki, Japan, in 1945. That would be around 5 feet (1.5 meter) diameter and around 9500 pounds (4300 kilograms). Such weapons are too fat and far too heavy to ride the three-stage Unha-3 rocket as it is.

I looked at replacing the entire third stage with a reentry-protected “Fat Man”-type bomb, and flying the vehicle as two liquid-propellant stages only. The range I got is very crude, but is only around halfway across the Pacific.

Figures 4A and 4B summarize the spreadsheet results that I misused to represent this two stage configuration with a payload “faked-up” to provide roughly 4300 kilograms atop stage 2. The second stage velocity delivered is what you want to look at, for this outcome.

So, they could not yet hit us with such a first-generation bomb atop this rocket, even if they had a heat shield, a design that flew stably during reentry, and a suitable altitude fuze. I’m pretty sure that they do not yet have these things.

What worries me is a second-generation weapon design that might be under 0.6 meter (2 feet) diameter and under 1500 kilograms (3300 pounds). On the three-stage vehicle, this might actually reach the continental US. The yield would still be in the few-dozen kiloton range, so this is no weapon that could defeat us.

Damage, yes, this is a small-to-medium city-buster, if detonated at the correct altitude. But that not a reason to surrender.

The really scary scenario needs no heat shield, no reentry flight stability, and no precise altitude fuze. That would be a detonation in space high above the continental US, around a hundred miles up. The resulting electromagnetic pulse (EMP) wave would crash much of our electrical grid, and destroy outright nearly all electronic devices, for several hundred to a thousand miles, in all directions underneath the explosion.

That would indeed do some serious damage. What if they hit us with 5 or 6 of these? They could hurt us really bad.

So, what we have to watch for is North Korea developing second-generation nuclear weapon capabilities. They have the rocket. They don’t need the heat shield or the stable-flying warhead, or the precision altitude fuze technologies to do this.

How one can (from a distance) tell that second-generation bomb technology from the first generation capability, I do not know. That’s what scares me.

And the Iranian government has also launched a satellite, and is working on a first-generation bomb. They and the North Koreans both hate us. 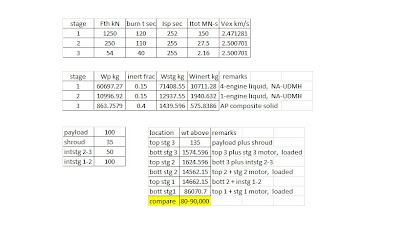 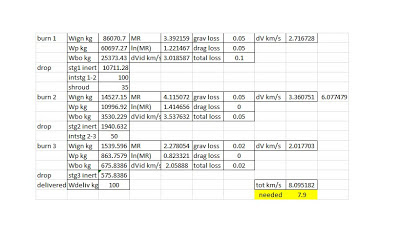 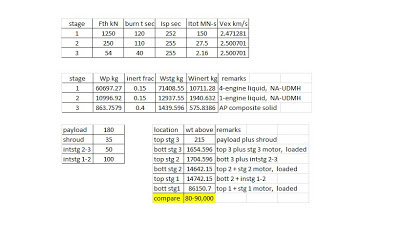 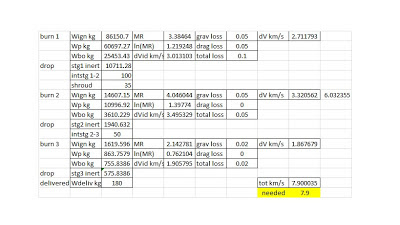 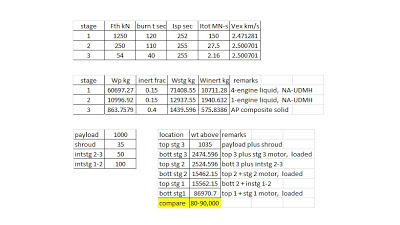 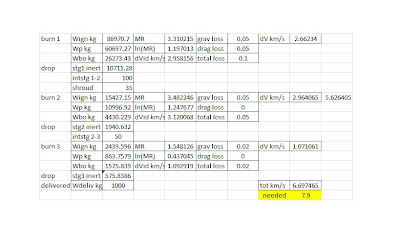 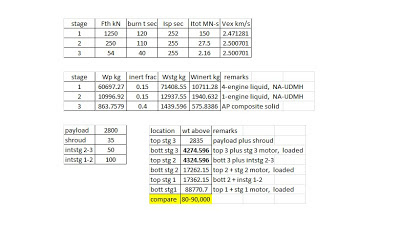 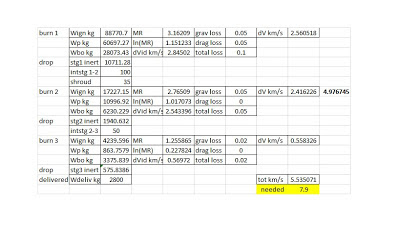